Seven Indigenous artists — all from or with a connection to Treaty 7 — contributed art for five installations at Central, Forest Lawn, and Signal Hill libraries.

At the Central Library, an interactive augmented reality mural created by Jesse Gouchey, Tanisha Wesley, and Autumn Whiteway engages patrons in the Teen Centre on Level 3. On Level 2, metal pictographs of the Blackfoot language sculpted by Adrian Stimson adorn the wall and floor.

At Forest Lawn Library, a story robe, or winter count, by Rodney Big Bull, recounts the tragedy of the Baker Massacre.

Rodney Big Bull was from the Piikani First Nation. He was a human rights activist, playwright, art teacher, and mentor for Indigenous artists for over 40 years. His work sheds light on the hard truths of colonialism, and the need to reconcile these tragedies through art and documenting history. He loved to teach children and youth, empowering them to tell their stories, connect with their culture, and learn about the world around them. 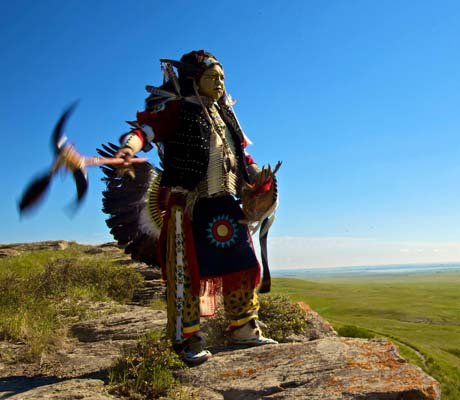 Signal Hill Library, beneath Oculus
Treffrey Deerfoot is a dancer, language keeper, cultural presenter, traditional storyteller, and ceremonialist who has travelled across the world to share the stories and dance of the Blackfoot people. He is the current organizer and choreographer of the Blackfoot Medicine Speaks Dance Troupe.

Deerfoot’s practice demonstrates that creation stories reflect spiritual connections to the land. He works to inspire young people to recognize their gifts, understand that ceremonies have strong spiritual and social significance, and encourage youth by promoting pride in their heritage.

Central Library, Level 3 Teen Centre
Jesse Gouchey is a visual artist, animator, and filmmaker from Central Alberta. His practice includes illustration, paintings, graphic design, photography, and animation, though his core focus is large-scale spray-painted murals. His stop-motion animated film, Spirit of the Bluebird, has been screened at more than 90 international film festivals and has won several awards. Gouchey is currently working on his sixth animated film. He teaches mural and animation arts across Alberta and Saskatchewan.

Signal Hill Library, inside Oculus
Lauren Monroe Jr. is a painter from the Amskapii Pikanni, a band of the Siksikaisitapi (Blackfoot Confederacy). His art reflects the Blackfoot culture and his own interpretation as an artist of the culture and world around him. Active in both the culture and history of the Blackfoot People, he feels his art is a bridge to better understanding of his people and their history. He currently resides on the Blackfeet Reservation in Montana and is pursuing his doctorate while continuing to study Blackfoot culture. 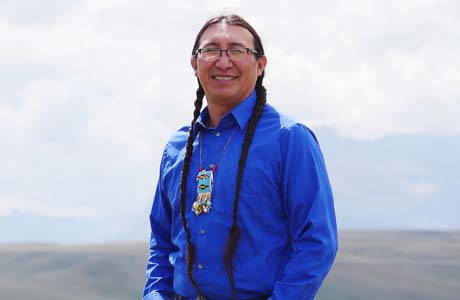 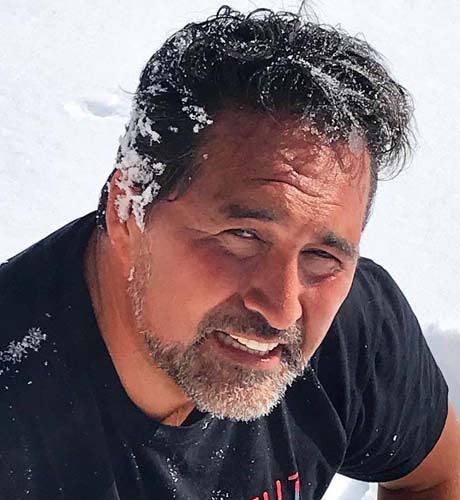 Central Library, Level 2 Fiction Collection
Adrian Stimson is a member of the Siksika Nation, part of the Blackfoot Confederacy. He holds a BFA with distinction from the Alberta College of Art and Design, an MFA from the University of Saskatchewan., and has been to Afghanistan as part of the Canadian Forces Artist Program.

His work spans several mediums, including painting, performance, film, and installation art. Stimson attended three residential schools in his life, and has used that experience to create pieces that speak to genocide, loss, and resilience.

He has received numerous awards, including the Queen Elizabeth II Golden Jubilee Medal, the Blackfoot Visual Arts Award, and the Governor General Award in Visual and Media Arts.

Central Library, Level 3 Teen Centre
Tanisha Wesley is an artist from the Stoney Nakoda Nation, specializing in illustration and working with traditional materials. She explores storytelling and symbolism through her practice, which relies heavily on the symbolism of the circle. She believes this symbol to be sacred, as seen in First Nations ceremonies, dances, the medicine wheel, and traditional ways of understanding.

The linework in her pieces represents how this circle is always in a state of motion, moving forward. Wesley feels the circle represents humanity – like people, it moves onward, but always returns to its beginning. 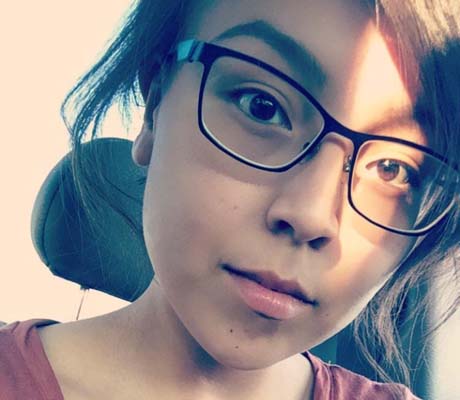 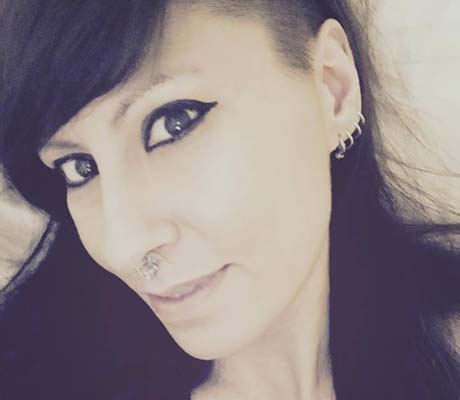 Central Library, Level 3 Teen Centre
Autumn Whiteway is a Métis and Saulteaux visual artist and traditional craftworker. As an archaeologist, she has always been curious about the material culture and traditional knowledge passed down by her ancestors. This curiosity led her on a path of discovery to learn traditional Indigenous ways of crafting. Building upon traditional techniques, Whiteway is a skilled craftsperson of drums, rattles, fish scale art, porcupine quillwork, beadwork, dreamcatchers, jewellery and more.