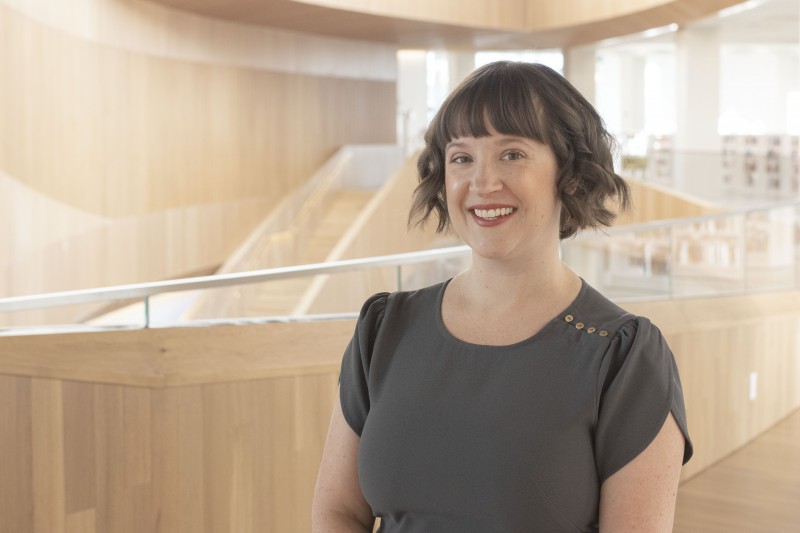 “After a six-month search, the CEO Selection Committee and Boyden Canada are confident that the strongest leader for the organization and our community is Sarah Meilleur,” said Avnish Mehta, Chair for the Calgary Public Library Board. “For many years, Sarah has worked tirelessly to establish Calgary Public Library as an international leader in library service. She is a visionary leader who is community driven, and I can’t think of anyone better suited to lead us into a bright and exciting future.”

“I am honoured and excited to lead this world-class organization. Calgary Public Library has been a huge part of my life since I received my first library card at Memorial Park Library as a young girl,” said Sarah Meilleur. “I am passionate about libraries and the difference they make in communities, cultivating a sense of connection, learning and discovery and helping everyone realize their potential. Looking forward, I will ensure that the Library continues to innovate and adapt to best serve our community and support a strong and resilient Calgary for everyone.”

Before stepping into the interim CEO position, Meilleur’s leadership as Director of Service Delivery included many achievements, such as the plan for innovation development and the successful launch of the new Central Library in 2018.

Meilleur is considered a North American leader in urban library development and city building. She has delivered workshops at Harvard University, presented at multiple international conferences on urban libraries, and has been recognized for her extensive volunteer work as part of the Calgary Heritage Authority. Meilleur has overseen the Library’s public service during the pandemic and introduced a measured approach that ensured the Library could deliver as much service as safely possible.

All Library locations remain open at regular hours, with health and safety measures in place. Masks are required in all locations and capacity is limited. For current available services and visitor guidelines, please visit calgarylibrary.ca.