Fish Creek Library is closed for in-person visits, and continues to offer curbside holds pick-up service. Please check the open hours of the location before visiting. You will receive an email or phone call from Library staff when your holds are ready for pick-up.

How to get here

Fish Creek Library opened June 1, 1985. This landmark “pyramid” library was built to replace the small Macleod location that opened in 1979 and had previously served the south end of the city. It was designed by architects Ian McDougall and Ken Hutchinson, who intended the design to resemble the Rocky Mountains. However, its iconic shape was frequently compared to a pyramid, and the nickname stuck.

Calgary Herald columnist Patrick Tivy described it as follows: “This impressive piece of oil-boom architecture is the closest thing in Alberta to a pharaoh’s tomb.” Responses like this proved that the location accomplished the Library’s mission of making a statement. By 1994, the location had the highest item circulation in the system. 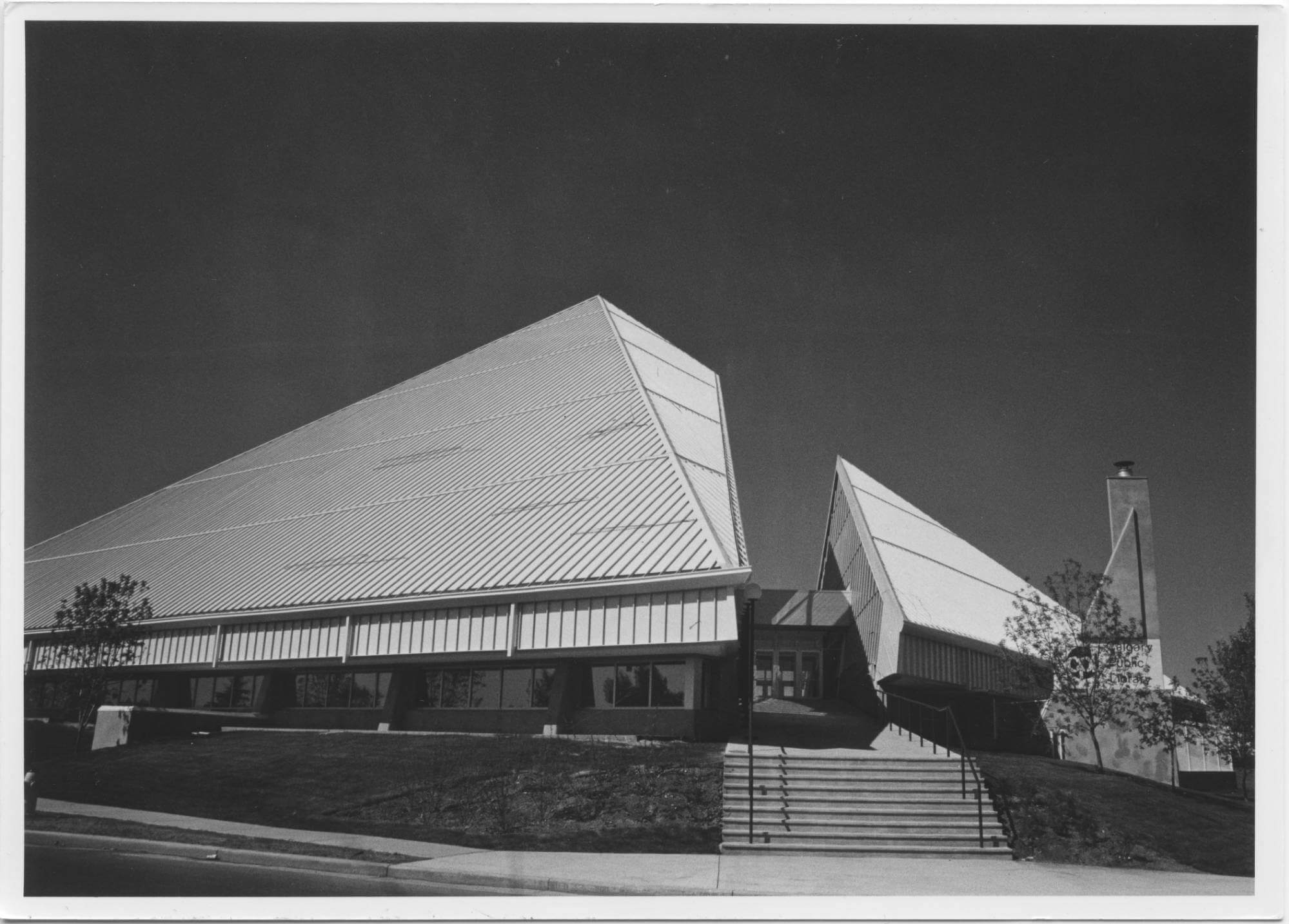