As Calgary Public Library prepares for the opening of the new Central Library on November 1, we’re also saying goodbye to Central Library, our home for the past 55 years. Take a look at photos from our past and see how our beloved downtown Library has served a growing city for more than five decades. 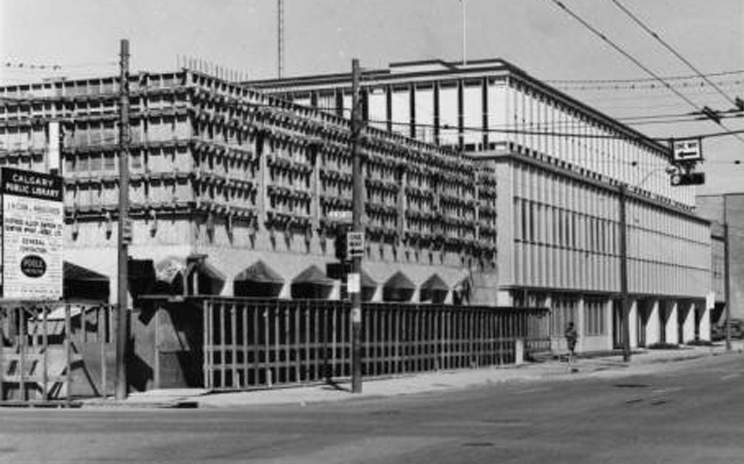 Plans for a new Central Library were in the works as early as 1954, amid a space crunch at Memorial Park Library. But after two failed plebiscites for a new library in the 1950s, the project stalled.

In 1961, Mayor Harry Hays told Chief Librarian W.R. Castell that a downtown area across from city hall, slated for urban renewal, could include a new library. No plebiscite would be needed this time; the money would come from a surplus in land sales for new subdivisions. In February 1962, construction of a new downtown Library began on the site of a former service station. 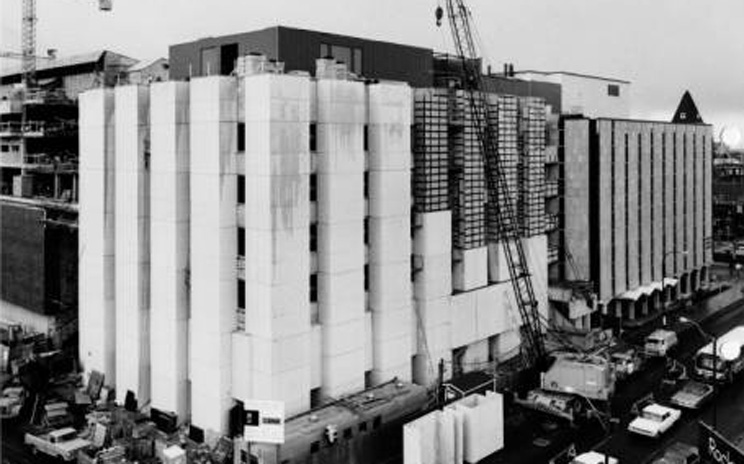 Central Library, in all its brutalist splendor, officially opened on June 15, 1963. Castell was thrilled. “Except for the day in January 1912 when the doors of the Library opened for the first time to the public, June 15, 1963, will be long remembered as the most important date in the history of the institution,” he said. 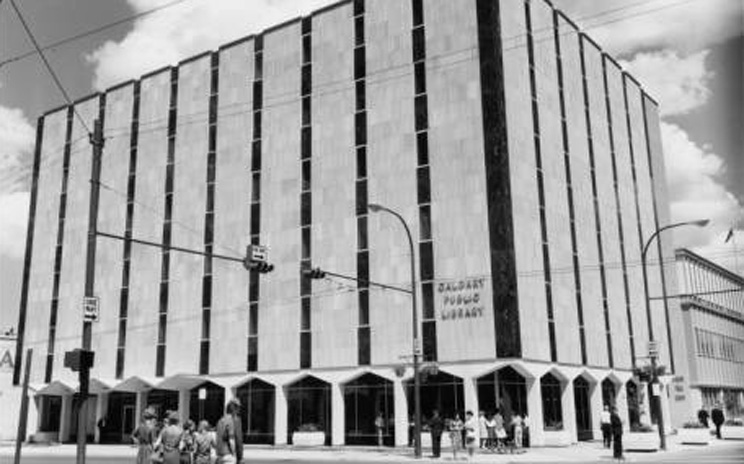 The Library was designed by J.H. Cook and Associates, a Calgary architectural firm. Its monolithic look was typical of office buildings at the time. Inside, interior details included an orange, gold, and blue-green colour plan, teak bookshelves and catalogue cabinets, white formica tables, and blue and nutmeg carpeting.

While opening day featured a speech by Lieutenant Governor Percy Page, not everyone got to hear it. Seventeen people got stuck in an elevator for 35 minutes. As Central patrons know well, elevator challenges have continued over the years. 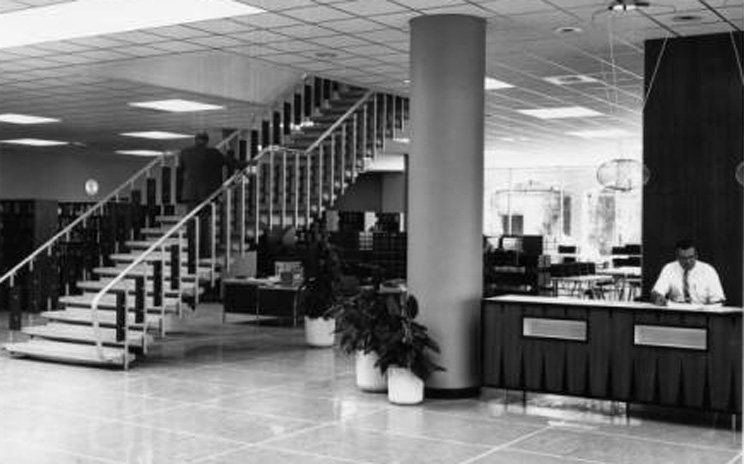 When it opened, Central Library had a children’s area in the basement, next to a newspaper reading room. The main floor housed a circulation desk and a carpeted reading lounge filled with comfortable seating, where smoking was permitted. 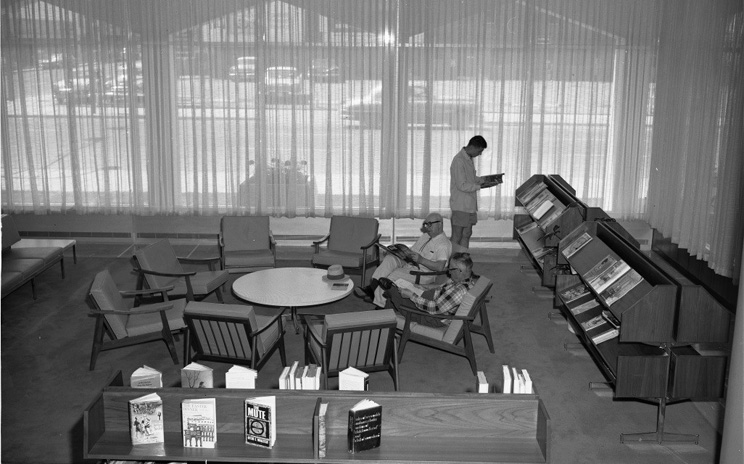 The second floor, the reference department, offered the Library’s first-ever coin-operated Xerox photocopying machine for patrons. The third floor had music and film rooms, books on art, music, and theatre, and an art gallery operated by the Glenbow Foundation. 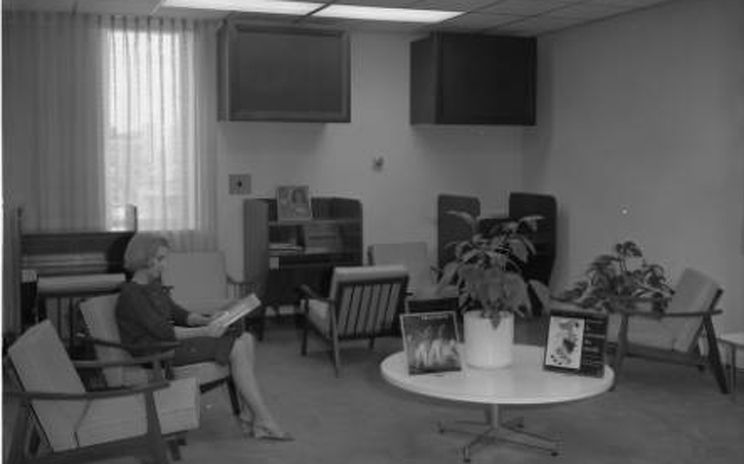 The fourth floor was used for the storage of books and the fifth floor housed the ordering, cataloguing, and bookbinding departments. Finally, the sixth floor contained the administrative offices and a circular auditorium. 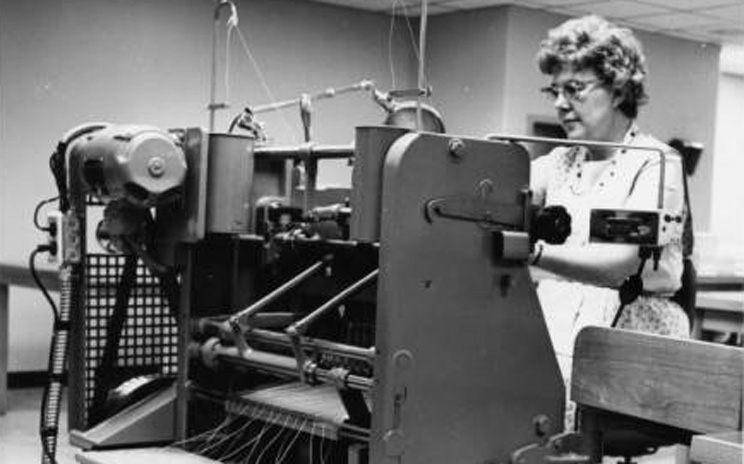 In 1963, when Central Library opened, Calgary’s population was just over 275,000. Central Library had a full-time staff of 41, and Calgarians could borrow books free of charge. They used a transaction card system, filling in cards with their names and address to check out books. 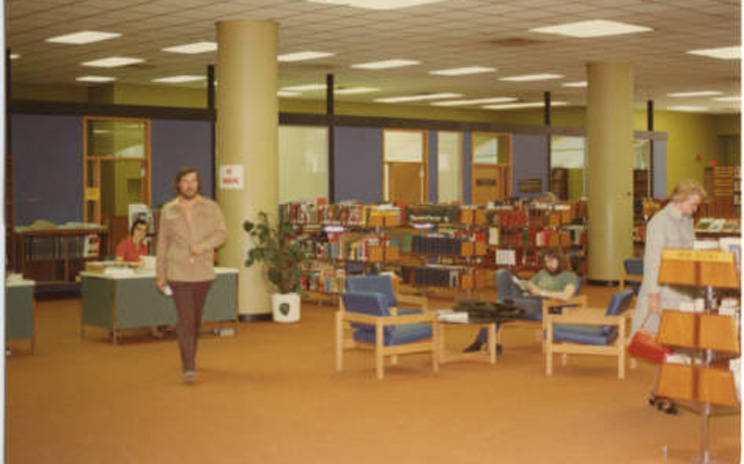 In the 1970s, as energy prices soared, Calgary became one of the fastest-growing cities in North America. It soon became apparent more room was needed at Central Library.

In early 1971, a formal request went to the city for a much-needed extension, and construction started the following year. The six-storey addition to the north of Central Library opened in 1974. 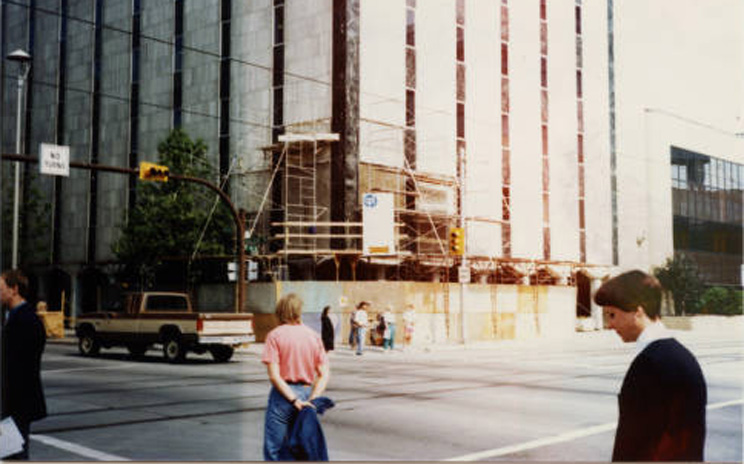 A second-floor theatre was added, and the Library was renamed the W.R. Castell Central Library. A metal sculpture was commissioned and added to what was then the front of the Library, a piece of public art by Robert Oldrich known as “Library Frieze.” 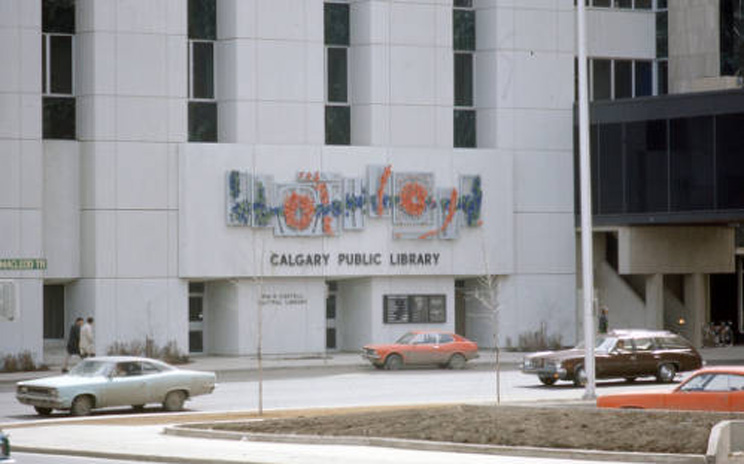 Over the years, there’s been many renovations at Central Library. A dedicated Canadiana room opened on the main floor in 1967, Canada’s centennial year. In 1981, the fourth floor of Central Library’s north extension was opened to the public. With wider aisles and lower shelves, it was designed to be accessible to people with disabilities. 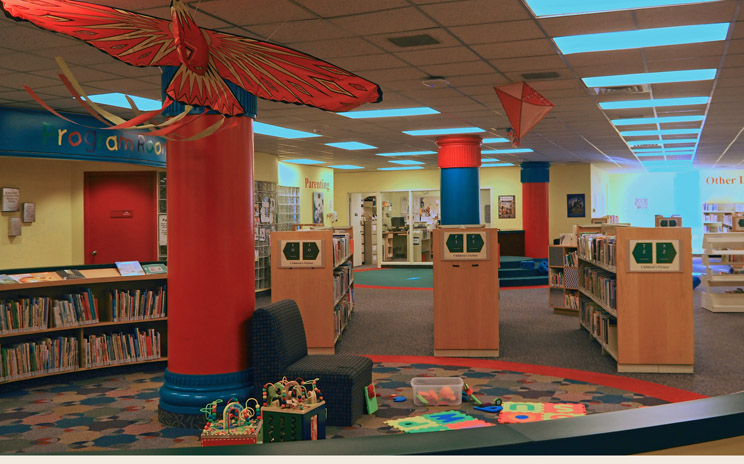 In 1990, work started on major renovations, including an expanded second-floor children’s area, a secure room for the Local History collection, and a new main entrance at the southwest corner. In 1993, Central’s theatre was named in honour of John Dutton, the chief librarian from 1979 to 1991. 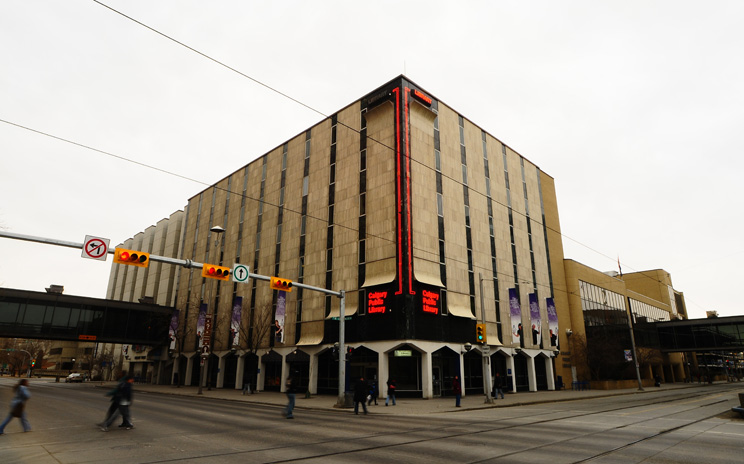 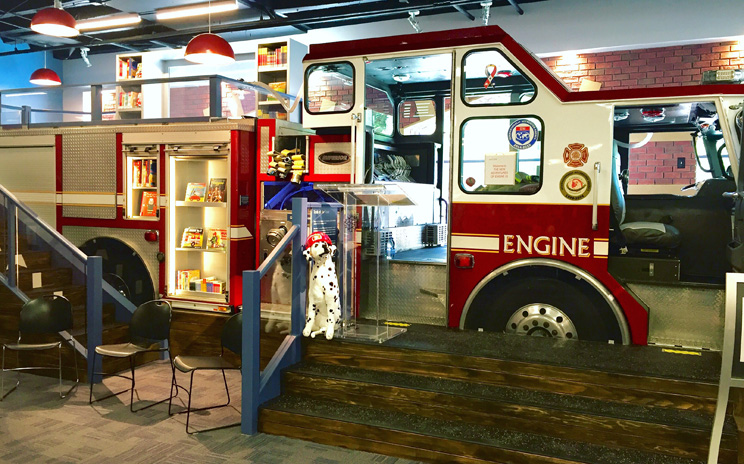 In 2016, Central Library welcomed a big addition. A decommissioned fire truck was moved to the main floor. Engine 23 was retrofitted into a space for kids to play, read, learn, and listen to regular storytimes with firefighters. 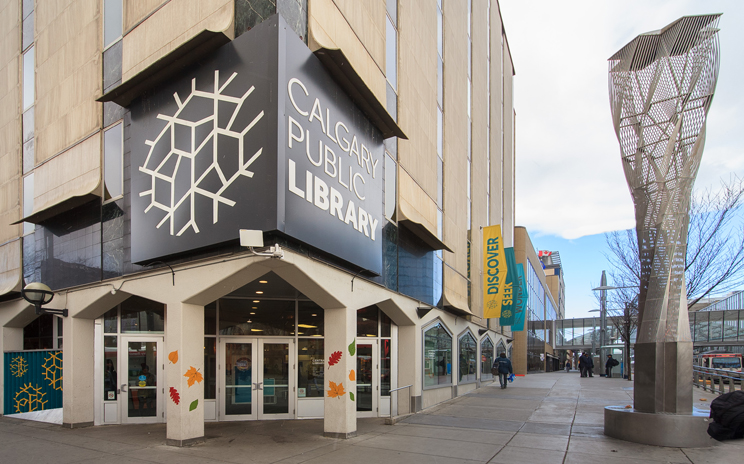 After 55 years in our current home, we can’t wait to welcome you to the new Central Library. Come visit starting November 1.