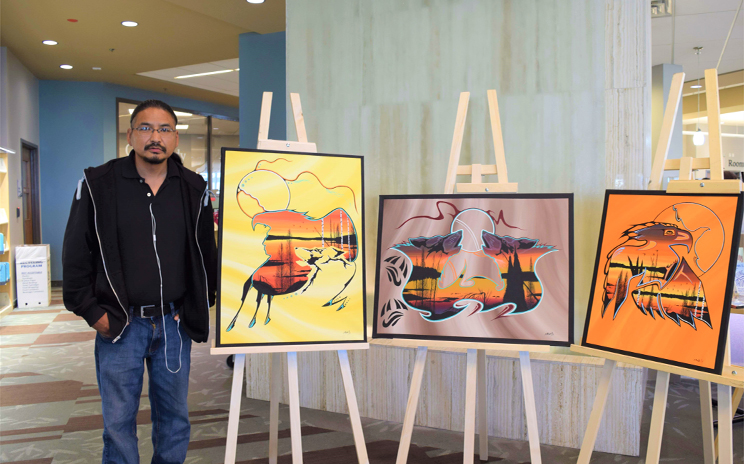 Samuel Bighetty’s art tells the story of the Mathias Colomb Cree Nation in Pukatawagan, Manitoba. Using bright, beautiful colours, his artwork tells the story of hardships and change. Bighetty describes such change through the analogy of a caterpillar turning into a butterfly. “It looks real ugly, walking on the ground,” Bighetty says. “A caterpillar doesn’t know it’s going to turn into something beautiful. [Then] it changes, flies around, has all the colours.” 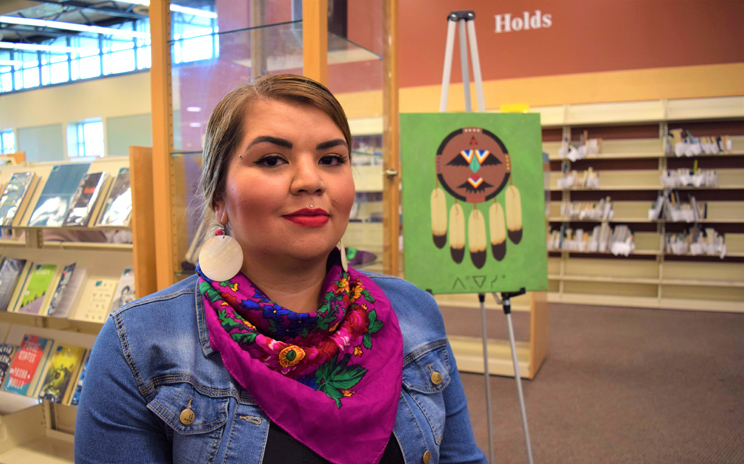 Indigenous artist Jessica Liening-Wolfe showcases her Ojibway culture through traditional beadwork and jewelry. “My mother was a former student of the residential school, so she didn’t grow up with her culture or her language, so I feel that it is up to me to go out there and regain this knowledge,” says Liening-Wolfe. 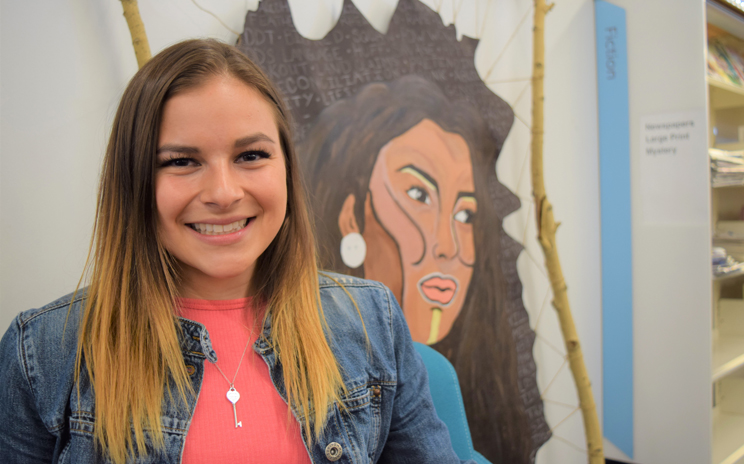 Through her artistic journey, Taylor McPherson has reclaimed her Miawpukek identity, and is now challenging people to see past stereotypes with her work. Her self-portrait, titled “Identity,” has been displayed across Canada, and found a new home at Judith Umbach Library in June 2017. “To have people recognize my Aboriginal work really means a lot, because I feel a lot of people have been more appreciative in learning about the stories behind it,” McPherson says. 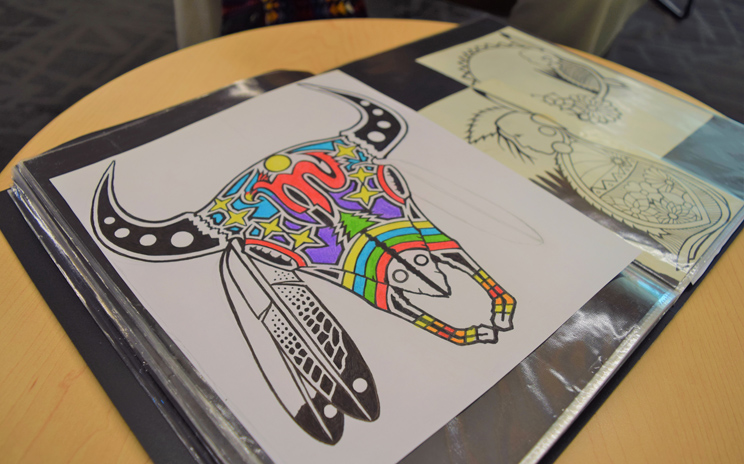 Nathan Meguinis started drawing at the age of five. His artwork today reflects the deep roots of his Tsuut’ina culture and heritage. Meguinis says what makes Tsuut’ina art distinctive in style is its reflection of Tsuut’ina history and spiritual connections: a belief in one God, one creation, and everything being intertwined. He strives to give people a deeper understanding of his traditional culture through his art. “I’m hoping to enlighten people about the realities that my people faced through my artwork, and at the same time share my culture,” Meguinis says.