Ever wondered how the Calgary Stampede came to be? We sat down with Historian in Residence Shelly McElroy to chat about the history of "Yahoo!" season, and found out about some one-hit-wonder events and her sweet personal connection to the Stampede.

What role does Stampede play in Calgary’s farming history?

The Stampede highlights Calgary’s ranching heritage, but I’m glad you asked about farmers, because they are part of the story too. These days massive grain trucks transport products like wheat, barley and canola, but before the advent of large trucks, large teams of horses were required to haul grain to local elevators.

It was common for farmers to pool their resources, with neighbours sharing their “horsepower” to make this possible. Below is a photo of Slim Moorehouse’s 36-horse hitch participating in the Stampede parade! You can see his team hauling grain to an elevator in Vulcan here, too. 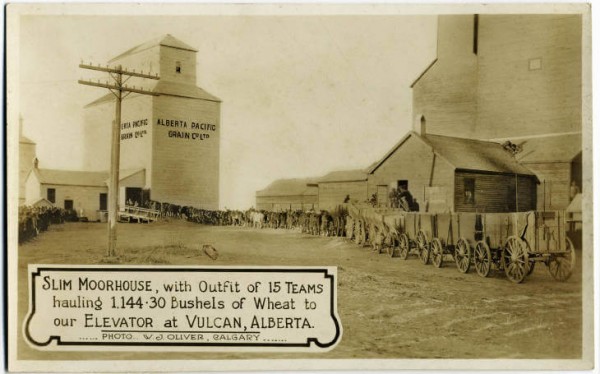 Why does Calgary have a Stampede parade?

The parade has actually been part of the Stampede before it was the Stampede. In 1908, it was called the Dominion Exhibition and there was a spectacular parade that year led by Grand Marshal Calgary Fire Chief James "Cappy" Smart. The first Stampede in 1912 was a flawed event, thanks to the rainy weather and the unpredictable daily schedule. However, 80,000 people still turned out to watch the parade — that was twice the population of Calgary at the time! 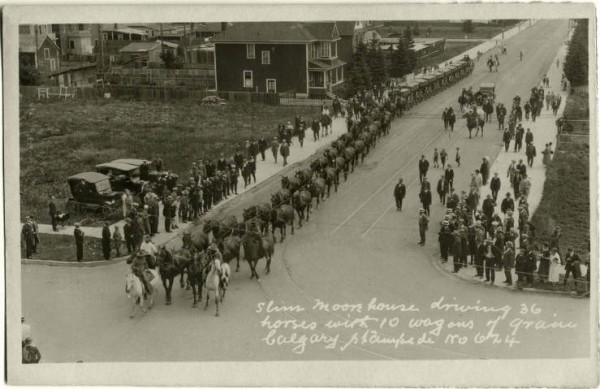 Do you have an interesting fact about the Stampede to share?

Some of the events that we enjoy at the Calgary Stampede have been around since day one. And there are a few that have thankfully been relegated to history. In 1912 “The Only Buffalo Chariot Team in the World” made an appearance. This looks like an accident waiting to happen to me.

The 1919 Stampede included an event called “Horse Diving”, which is exactly what it sounds like — horse and rider plunged 50 feet into a ten-foot tank of water. And during the 1923 Stampede (which also went by the name “The Stampede and Buffalo Barbeque Event”) a cowboy rode his horse into the Club Café eatery; startled patrons trying to enjoy their meal were reassured that the horse was completely “restaurant-broke,” but I would have left in a hurry! 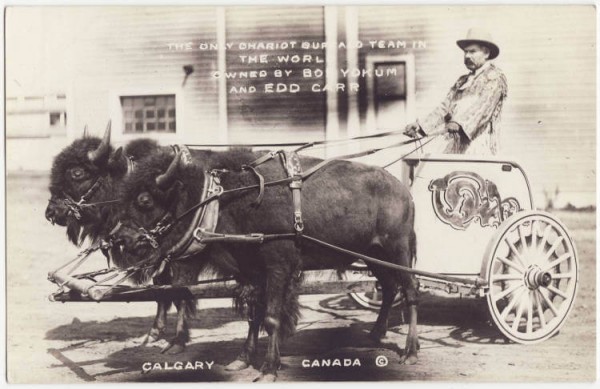 Do you have a personal connection to the Calgary Stampede? 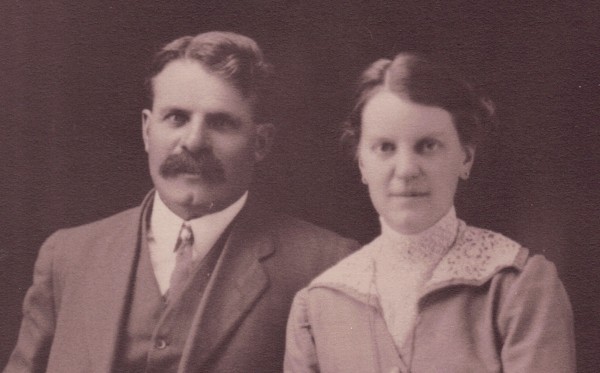