Bringing art into the Library.

The resident is invited to work in a designated space at Central Library and engage with the public at libraries across the city. Artists are selected in partnership with arts and culture organizations. 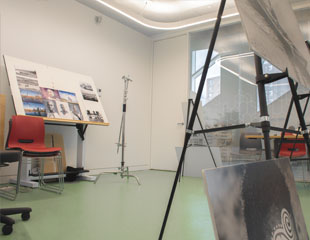 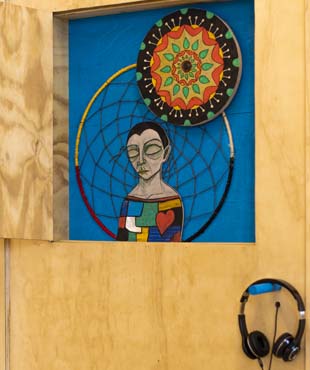 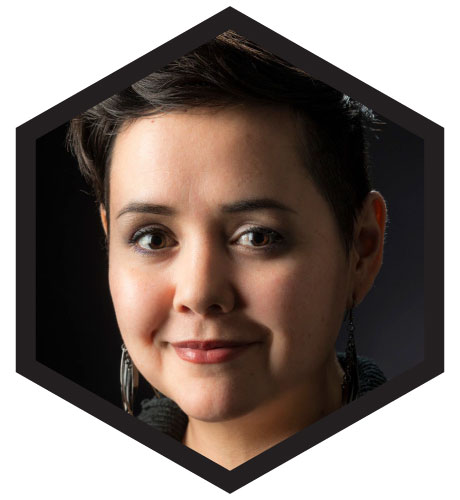 Mohkinstsis (Calgary)-based artist Alberta Rose Williams, Ingniq worked her way through college as a cook, then worked in politics before she obtained her BFA with distinction from the Alberta University of the Arts (formerly ACAD). Of mixed settler/Inuvialuit heritage, Alberta often creates works that reflect both aspects of her cultural identity as well as broader social issues related to Indigenous people today. She has completed residencies at Banff Centre, Contemporary Calgary, and participated in Memory Keepers ll in Charlottetown, PEI.

While in college, Alberta was the president of the Indigenous Students club during her fourth year to create a supportive, inclusive environment within the institution. Post-graduation, Alberta completed the Indigenous Prepatorial Practicum and Indigenous Right to Self-Governance course at Banff Centre, mentored Indigenous youth for Alberta Future Leaders, and is currently a liaison with the Inuit Art Foundation.

Often utilizing found or repurposed materials, Alberta seeks to create works that speak to broader audiences while reducing some of the waste prevalent in our society. She feels that this practice is inherent within Indigenous cultures of practicality, where materials are used to their full potential and people act as stewards of the land.

Book a one-on-one virtual appointment and share your story with our Indigenous Artist in Residence Alberta Rose Williams, Ingniq to commemorate, honour, and celebrate the lives of family and friends lost to COVID 19. Alberta Rose will respectfully paint their picture on new masks and then create a memorial to be displayed at the library in June.

Alberta Rose is available for one-on one virtual consultations:

Book a one-on-one consultation now through the booking calendar.

Online programs with the Indigenous Artist in Residence

There are three artist residencies throughout the year: