As part of our 110 anniversary, our Collections team and archivist Tonia Fanella gathered images and items that celebrate the Library's history, from the founding of our system in 1912 to the opening of a new Central Library in 2018.

Below are photographs and information about some of the exhibit items. Browse the full collection at Central Library on Level 4 until December 31.

What would become Calgary Public Library began with the Calgary Women’s Literary Society. The society — which still meets today — started a petition, collecting signatures to build a library in Calgary.

The Library Board of Trustees was formed, funds were secured from American philanthropist Andrew Carnegie, and the Central Park Library (now called Memorial Park Library) opened with 5,000 books in its collection on January 2, 1912, under the guidance of chief librarian Alexander Calhoun.

The Beaux-Arts Classicism-inspired Memorial Park Library quickly became the cultural centre of the city, hosting many educational and arts groups, including the Glenbow Museum. Calgary grew quickly in the post-war period and by 1963, a new downtown Library was built to meet the community’s needs. The W.R. Castell Central Library was located at 616 Macleod Trail SE and served Calgary until 2018 when the new Central Library opened. There are now 21 Library locations across the city, with an average of seven million visits per year. 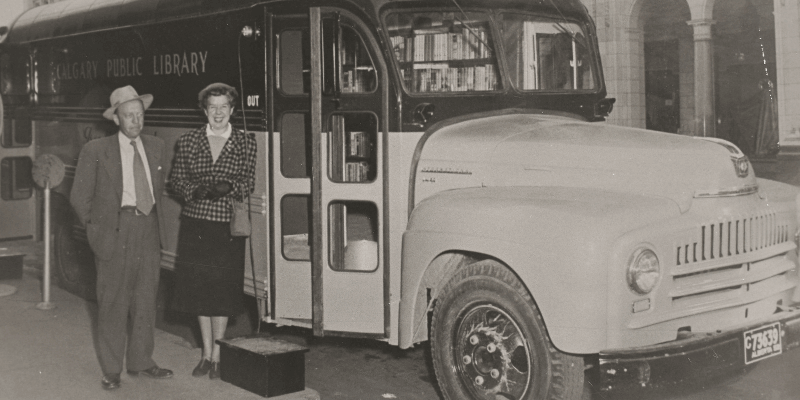 Louise Riley was the Children's Librarian. She played a major role in developing the children’s section of the Library and was widely known as a children's storyteller because of a weekly radio program she hosted. 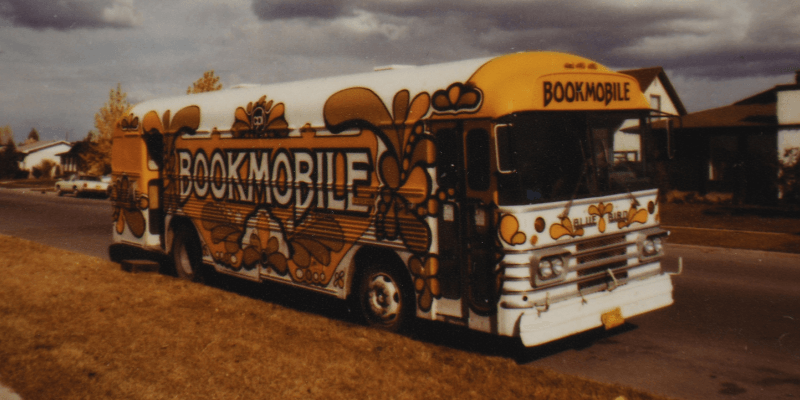 Bookmobile service began in 1952. It was designed to serve isolated communities, schools, and seniors’ lodges. In partnership with the school board, additional buses were added in the 1960s to serve elementary schools. The service was discontinued in 1991. 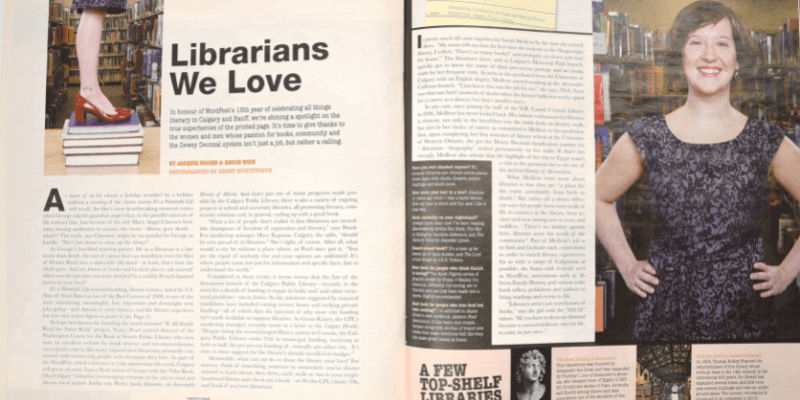 Featured here in an October 2010 cover article in Swerve magazine, Sarah Meilleur became the Library’s CEO in 2021 after acting as interim CEO in 2020. 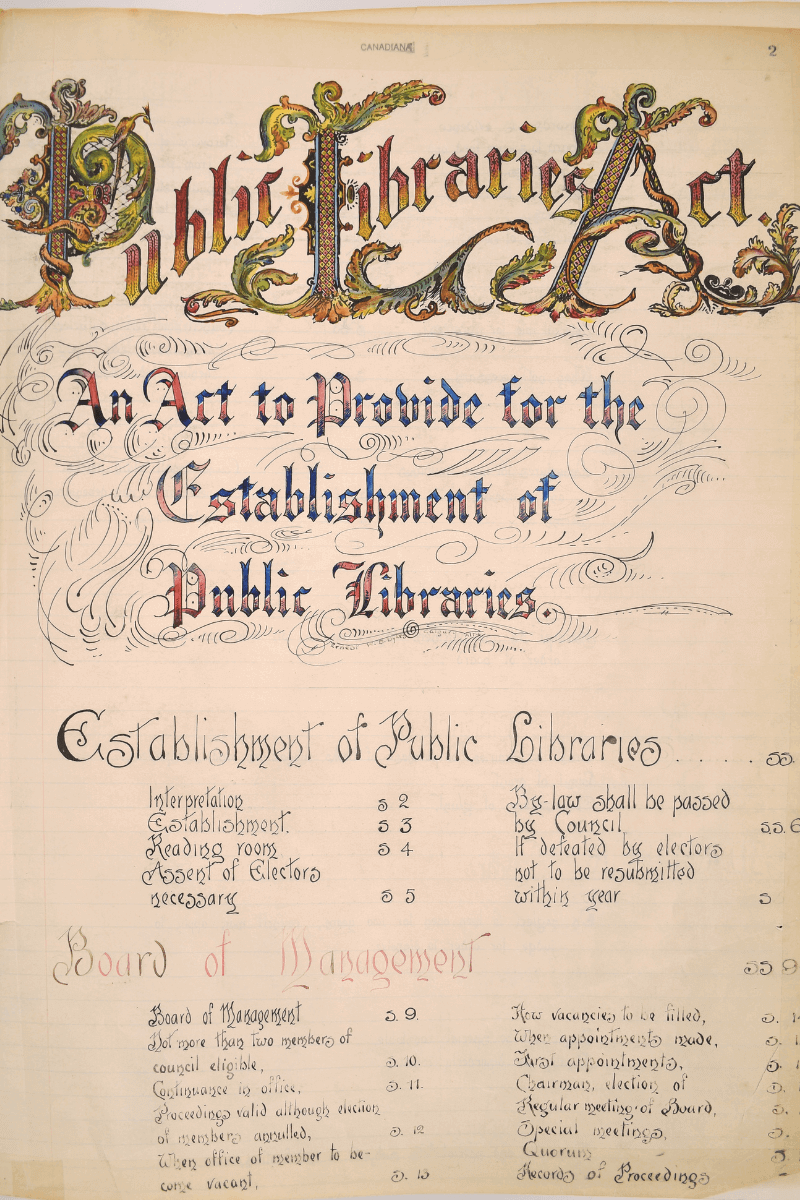 The Libraries Act established the creation of a library in Calgary. March 1907. Board of Directors Minute Book. Calgary Public Library Archives. 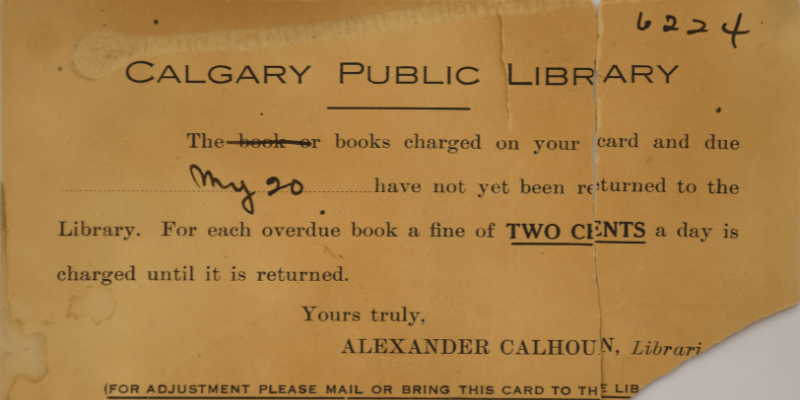 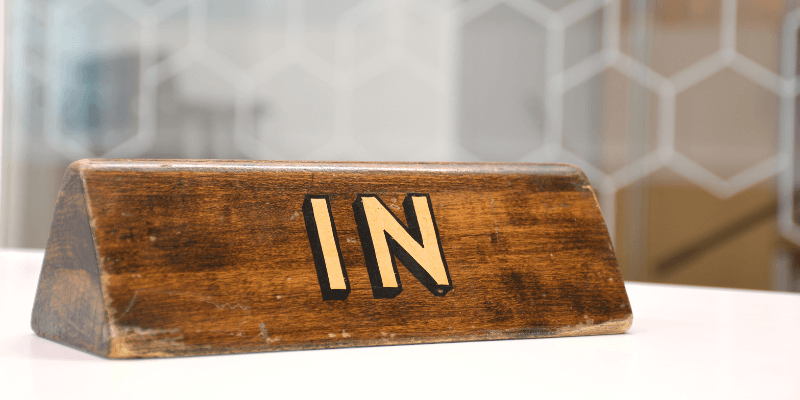 Crescent Heights Library opened in 1913 to serve Library users who lived north of the Bow River. It closed in 1993. 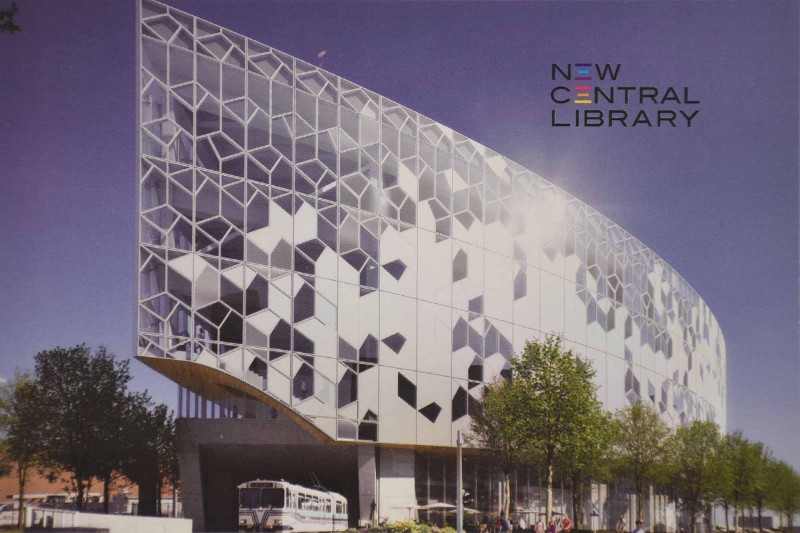 Interior of promotional pamphlet featuring beauty shots of the building under construction. 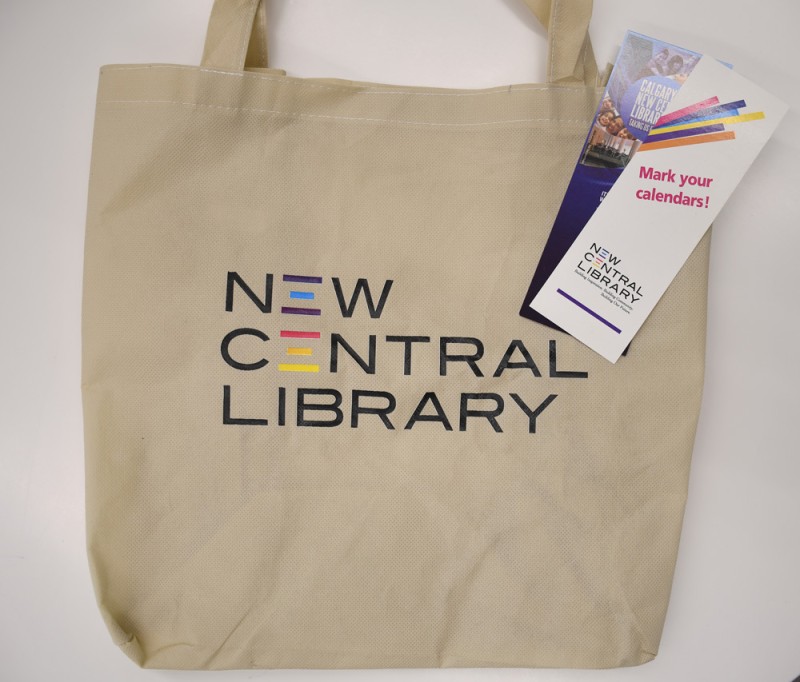 Marketing materials to promote the opening of the new Central Library in 2018, including a limited-edition tote bag, bookmark, and pamphlet.